Baseball has famously been called a game of inches.

Anyone who has ever guessed fastball and flailed at a breaking ball, hugged the line and watched a hot smash shoot up the middle or tried to paint the outside corner but missed belt high, knows that consistency, strategy, and a confident approach at the plate can all determine success or failure on the diamond.

I hate to disagree with Yogi, as mental preparation will certainly contribute to on-field success, but without proper physical preparation the most focused, strategic and skilled players will still be limited in their performance potential and at greater risk for injury.

The game of baseball is built upon speed, rapid force production, and fine motor skills. It is a high intensity game that blends quick bursts of anaerobic effort with the demand of lightening fast reactions and decision-making. A purposeful off-season baseball program must draw upon the full scope of athletic development needs in order to help make players more skillful, and durable with the glove, the ball and the bat.

From a strength and conditioning perspective, baseball has been one of the slowest sports to evolve.

Throwing and hitting a baseball involve some of the most physically demanding, explosive, athletic actions in all of sports, yet many players still do not train effectively to be able to harness, control and improve the physical aspects of the game. Instead most time is spent on skill development and execution which creates a kind of chicken and egg conundrum. Athletes who are more physically conditioned and prepare with a proper, strength and conditioning program will be able to transfer this physical base into better skill development and be more able to withstand the demands of the game and avoid potential injury.

Baseball is a unique sport with unique positional demands, athletic needs and injury concerns. On some level you have 5 different types of athletes on the field: Pitchers, Catchers, Corner Infielders, Middle Infielders and Outfielders, all with a different set of physical and mental needs. Although it is a team game, it is often individual performance and success at each position that determines wins or losses. Analyzing the demands of each position will help strength and conditioning coaches develop a precise training plan that addresses sport and position specific demands effectively.

The Pitchers: Command and control come from repetition, technical development, mental practice, and understanding the elements of pitching. Arm strength, shoulder girdle mobility and stability, core, hip and leg strength and power development and overall mobility are essential physical elements that can all be developed through training. In order to be successful, younger pitchers still need to develop as athletes, hitters, and fielders that excel at their position and their sport so caution must be taken not to specialize too early in the skill of pitching only.

The Catchers: The physical and metal demands of catching are significant and overuse or underdevelopment can lead to chronic injury issues. Hip and core strength and stability, power from the ground up, arm strength, footwork, reactivity and of course hip and core power for hitting are all essential to development and success behind the plate. Catchers also need to be able to quickly and uniquely explode up from their crouch to throw out runners trying to steal which demands a complicated mix of mobility and athleticism.

The Cornermen: First and third basemen are typically bigger stronger players with big bats, long reach, great footwork and a strong arm to either gun down a base runner from behind the bag at third or relay a throw from the outfield to the plate. Hip and core strength and stability, power from the ground up, arm strength, footwork, reactivity and of course hip and core power for hitting are all essential to development and success at the corners.

The Middle Infield: Arguably the best athletes on the team, the middle infielders tend to be the quickest, most agile, and dynamic players. They need efficient footwork to move laterally, cover a wide range of the infield on both sides, flash the leather and turn double plays. They need to have quick, accurate throwing skills to get the ball wherever it needs to go quickly and they are often the base stealers in the lineup that can use their speed to steal, pickup extra bases, beat out a bunt, or score from second on a single. All of these areas can be improved during the off-season in addition to adding strength, power and extra pop to their bats.

The Outfield:  Today’s outfielders need to become hybrid players with the athleticism, speed, and skill of middle infielders and the explosiveness and power of the corner players in order to field their position defensively, hit for power, drive in runs, be aggressive on the base path and have the arm strength and accuracy to throw out runners and hit the cut-off man.

Improved strength and conditioning will allow them to focus on tracking down fly balls in the gap, stealing bases, and hitting bombs when the first pitch is thrown.

Foundational levels of conditioning, strength development, movement skill efficiency and overall athleticism are essential to athletic success in all sports and baseball is no exception.

These foundational elements can be best developed early in the off-season in order to allow the athletes to focus more on skill development, hitting, fielding, pitching and more position specific development as the season approaches.

Coaches are often frustrated early in the season that players do not have the strength and stamina to execute specific drills and maintain physical and mental focus during practices, games and tournaments early in the season because their conditioning doesn’t match the demands of the practice and competition, leading to injuries to shoulders, hips, claves/hamstrings etc.

Shoulder the Load: The shoulder and the elbow are key areas of focus and development for all positions but especially for pitchers. This includes not only the things that athletes should do to improve it, but also movements and exercises they should avoid that can impede range of motion, over-develop unnecessary muscle groups and actually be detrimental to pitching success and set them up for potential injury.

All in the Hips: When we think about hitting, throwing and pitching powerfully, explosively and accurately it is often all about arm strength when the power truly comes from the legs and hips.

Hip and Core stability, mobility, strength and power in pitching, throwing and hitting all start from the centre of the athlete’s body. Without a strong, stable and mobile centre to set leverage and drive power production, the forces are translated directly to the arms and legs which creates much more potential for elbow, shoulder, ankle and knee injuries as well as typical soft tissue muscle strains and tears.

Baseball power may be driven by the hips, legs and arms but the ability to maximize the production and acceptance of force is limited by the athletes’ mobility and the ability to rotate properly, powerfully and purposefully during the off-season. Restricted rotation during hitting and throwing will ultimately transfer much of the force of the movement through the spine and joints of the body rather than across the desired muscles. A baseball athlete who combines strength and power development with rotational mobility and core and hip stability will have the most potential for success and be protected from injury.

Speed, Agility and Reactivity: Teaching footwork, quickness and agility is much more than just simply

going fast, running sprints, or going through a speed ladder. Baseball is a high velocity sport that involves movement in all directions, requiring athletes to view the field, see the ball, and process what is going on around them at all times to achieve the desired outcome. Efficient movement is a skill and a purposeful teaching progression is required to develop speed, agility and quickness so that mechanics and reactivity are optimized. Players need to learn how to brake and change directions efficiently by absorbing ground forces and decelerating efficiently so that they can quickly set their feet to throw or move again. Proper skill execution requires teaching and rehearsal of proper mechanics with a progressive plan to continue to challenge the athlete.

Athletic Strength: The addition of muscle mass strength and power go hand in hand with increasing performance but strength development must be athletic in nature, not just look good in the uniform. Having a foundation of athletic strength that progresses into power production and enhances baseball skill development is the ultimate goal. Developing the resilience and stability a player needs to avoid injury also plays a significant role in off-season strength development. Baseball players must be able to produce strength in multiple planes and various ranges of motion for true sport success.

Baseball athletes who do not have the foundational strength and conditioning base they need when the season starts will not be able to focus their attention on learning skills and tactics successfully. Long term player development is about constantly finding ways to teach, coach and develop young players and an effective off-season strength and conditioning program is an essential part of that development. The time is now to begin a foundational strength and development program this off-season to be prepared when “Spring Training” officially arrives and maximize performance on the field this season. 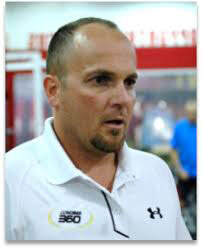 Jeff has worked in various capacities within the fitness and performance industry for over 20+ years in both BC and Ontario, as a strength & conditioning coach, presenter and writer for a variety of projects and educational programs.

He is a strong believer in the process of Long-Term Development and youth Physical Literacy. Coach Roux’s background boasts a wide range of experience coaching everyone from professional (NHL, MLB, MLS) and elite level athletes (Hockey Canada, Canada Soccer, Volleyball/Beach Volleyball, Snowboarding, NCAA/CIS, CHL etc.) to young athletes and weekend warriors and people who just want to get a little better every day.

Jeff spends his down time with his family, on one of his bikes, trail running with his dog or playing volleyball.

“I believe that having a career where you get to live your passion, play every day and help others learn, develop and get better is the best job in the world.” 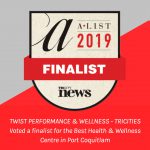 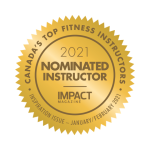 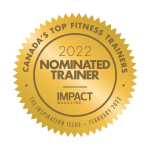